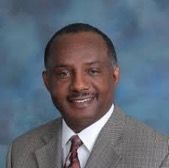 Dr. Misher began his career as a high school math teacher working in various school. He was nominated as teacher of the year and worked as a mentor to many freshman students. He was instrumental in developing a program that helped students transition from middle to high school.

Upon completing his Administrative training, he transitioned to an assistant principal. During his years as an assistant principal he supervised staffs of 50-75 and student bodies up to 1000 students. He became a principal at his first school in Greensboro NC in 1999 at Allen Middle School. While at Allen Middle School the school met expected or exemplary growth all three years. Inn 2002 he was appointed the principal of Ben L. Smith High School. During this time the school met high growth or expected growth all 4 years. Dr. Misher was named as a finalist for principal of the year for the school district. In 2006, Dr. Misher was hired to open a new school, Northern Guilford Middle School He had to employ all staff, establish new school mission and merge two communities. During his time at Northern the school was named a school of Excellence and attained a 90% proficiency rate on the end of year exams. Dr. Misher was named middle school principal of the year by the PTSA. Dr. Misher retired in 2014.

Since retirement Dr. Misher continues to be an adjunct professor in the School of Education at University of the Cumberlands. He has also served as an Interim Administrator in many schools and the Director of Student Support Services for Guilford County Schools.