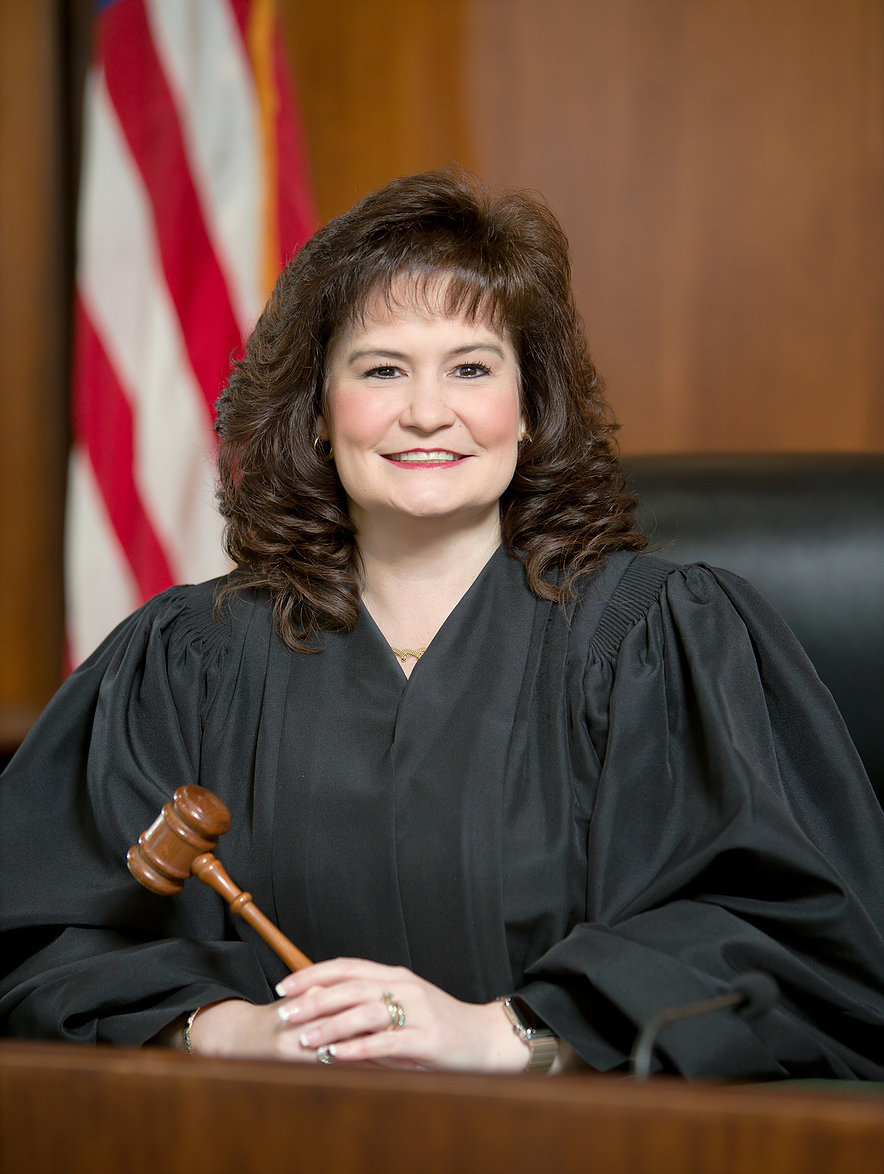 The Honorable April C. Wood is a District Court Judge in Judicial District 22b of North Carolina, serving Davidson and Davie counties. She and her attorney husband, Jeffrey Berg, live in Lexington with their three children, Alexis, Alexander and Anthony. Judge Wood was first elected to the district court bench in 2002 and has been re-elected every four years following.

Judge Wood grew up in various places around the world, including Adak, Alaska and Okinawa, Japan, while her father served in the United States Marines Corps. Her father retired after twenty-three years of service, and her family settled down in Lexington, where both of her parents grew up and her family resides.

Judge Wood is a passionate and dedicated community leader. Believing our children are our future and desiring to positively impact on as many children and young adults as possible. As a District Court Judge, Judge Wood presides over cases such as domestic violence cases, juvenile cases involving the Department of Social Services, juvenile delinquency cases, child custody and support cases, equitable distribution of marital property, criminal cases, traffic matters, involuntary commitments, and other civil law disputes.

Judge Wood’s track record shows that she believes everyone should be treated fairly and equally and that no one is above the law, regardless of race, religion, social status, professional status, or any other status. She believes that each party to a case has a right to be heard. A judge’s job is to listen to all of the evidence before making a decision. She believes that a judge is to follow the law as it is written, not as he/she wishes it was. Judges are not legislators and are not supposed to be making the law; they are supposed to interpret and apply the law as written. Judge Wood is firm in her belief that people should be able to trust that if chance or circumstance lands them in court they can receive a fair and just outcome. For Judge Wood, it is not a job, it is a calling. It is about leaving her community better than she found it.